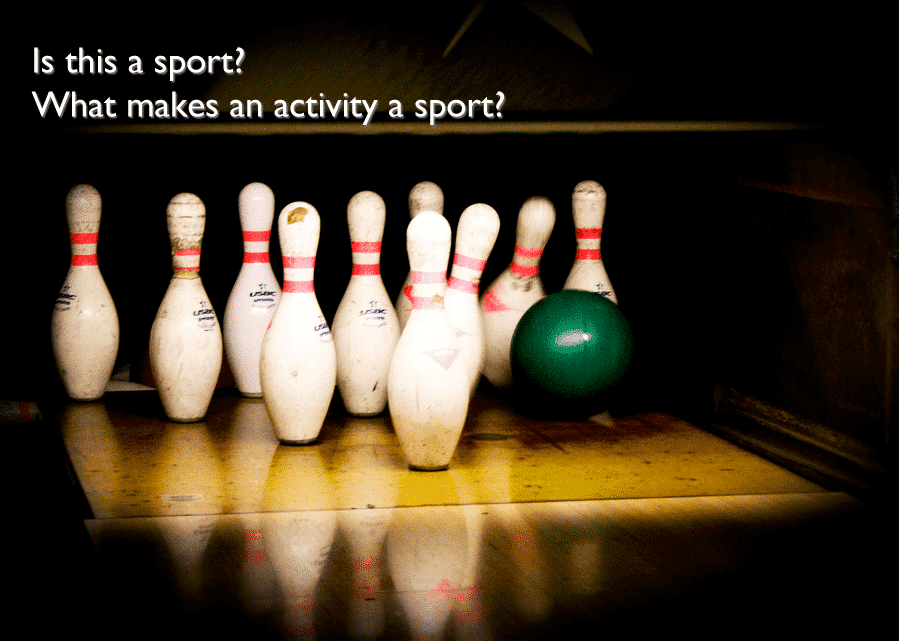 Is Bowling A Sport? What do you Say? Do you Think it Should Be?

The very question has been asked over and over again throughout the years. I think now is the time it should come to an end.

After years of arguing that it had to be one or the other, it was apparent to the thousands in attendance that bowling indeed is all of them together. And that seemed okay to the many experts there.

“We promote bowling as a sport, entertainment and business, it’s all three.” Brunswick President of Bowling Products Brent Perrier told the Bowling Writers’ Association of America.

While it is clear bowling is a sport at the Professional Bowlers Association, many league bowlers consider themselves to be recreational as often as competitive.

Why is Bowling a Sport?

Have you seen the movies “Kingpin” and “The Big Lebowski?”
If you have, you’ll definitely say that Bowling is Not a Sport.

Why? Because all that goes on in the movie is they do nothing more than make a mockery of the game.
Which makes it hard to decide whether bowling is a sport or not. 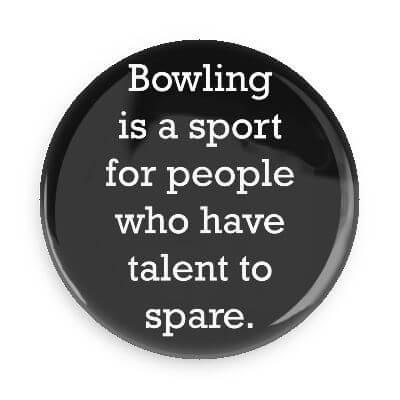 I agree that on a recreational-level, bowling is simply a fun activity meant to be enjoyed with friends (and a beer or two).

But on the competitive levels — which include the action seen in collegiate bowling events, local amateur tournaments and every Sunday morning from October-March on ESPN during the Professional Bowlers Association live telecasts — I have to agree that bowling is a sport in every sense of the definition.

How is Bowling A Sport?

When the question “if bowling is becoming more than an entertainment than a sport” was asked during the BWAA panel discussion;

“The sport of bowling is evolving, spreading out if you will, the purest level is PBA which is separating from the league and recreational base.”

“If you want to be a successful sport on TV, it has to be entertaining, A taped series, a made for TV event, is that a sport? The Chris Paul event was a made-for-TV event but they were playing our sport.”

“We as bowlers are sensitive to anything that we think demeans our sport, we get sensitive because we are slighted so often.”

Replied simply with “To me, sport is entertainment.”

I have asked around seeking for an answer for the same old question, and got some answers like:

Many people think of something as a competitive sport if it requires physical exertion and skill. 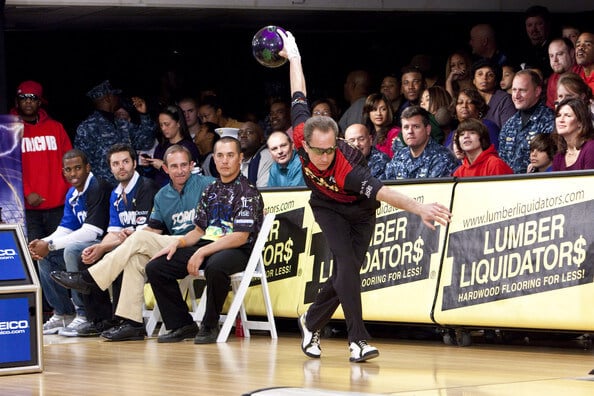 Did you know? Over the course of a professional bowling tournament, participants will roll as many as 40 games over a three-day period.

These athletes must throw a 15 or 16-pound ball down a 60-foot alley in an attempt to hit a target less than two inches wide, known as the “pocket” (the area between the headpin and 3-pin for right-handers, or the 2-pin for lefties).

In order to have the stamina to bowl that many games and be able to repeat shots, one must be in good physical shape.

Many, if not most, professionals do weight training on regular basis to build arm and wrist strength to help them throw bowling balls consistently at the same target with the same speed.

What Skills are Needed in Bowling?

It should be obvious by now that there’s a lot of hours of practice between a 150 bowler and a 250 bowler.

As someone that has been bowling since the age of 11, I could say that bowling is probably the hardest sport I have ever played.
I can also assure you that bowling in the high-pressure environment of a tournament is mentally and physically draining, especially on a condition where you know that you need to execute every shot perfectly to score well.

Like all sports, bowling well takes a great deal of hand-eye coordination, even on an easy lane condition — the oil pattern won’t matter if you can’t release the ball in the same manner, with the same amount of lift and revolutions, twice in a row.

Related: The Best Bowling Tips and Tricks for Beginners.

Is Bowling a Sport in the Olympics?

In 1988 at the Seoul Summer Olympic Games, bowling was an official demonstration sport for the first and only time. Unfortunately, only 20 nations competed in bowling during the 1988 Games held on September 18th at the Seoul Royal Bowling Center and the events were never adequately covered by television nor the media because of the demonstration status of the competition.

“If bowling gets into the Olympics it will be officially classed as a sport…. and so it should.”

No doubt that if bowling ever became an Olympic sport the industry would grow and prosper because of the spotlight of international exposure and media attention. There would be a significant boost to the popularity and perception of the game around the world.

Well bowlers, good news; The organizers of the 2020 summer Olympic Games in Tokyo are considering eight proposals for new athletic events; and Bowling is one of them!

The decision made on June 22nd was based on applications from 26 international sport federations, many of which have applied for inclusion in previous Olympic tournaments.

Again, Is Bowling a Sport or Not?

People have had this debate for so long between if bowling and other activities like golf are sports or not.

To make it less complicated and taking it from many sides, we have gathered three simple questions to help classify.
Q1. Does bowling take physical exertion or ability?

Q3. Does bowling have an element of competition?

Result: Bowling is A Sport.

After agreeing that Bowling is a Sport, comes in the WHY?

Why Is Bowling Considered a Sport?

One of the main reasons why bowling should be considered as a sport is when pros go to the local center, he’s not going just to throw some balls at the pins.

“How? They’re playing on the same lane with similar equipment” one might ask.

The thing that makes bowling both easy at times and difficult at some other times is the nearly invisible amount of oil put onto a bowling lane and the pattern by which it is applied.

“Your biggest opponent when you are on the lanes is the oil.”

Why is Oil Important?

When applying oil for public play, the center will set up the oiling machine to “house condition,” or often called “Christmas tree.” Which puts a heavy concentration of oil in the middle of the lane and gradually tapers to the lane’s outside boards nearest to the gutter, where there is no oil. This creates a “funnel” effect for the hook ball bowler (all competitive bowlers throw a varying degree of hook to create pin action and increase the probability of a strike), as a right-hander’s ball thrown slightly left of target will skate on the heavy oil, sliding farther down the lane before it starts to curve.

A shot that misses to the right will grip the lane surface quicker due to the lack of oil, like tire treads on a road, and start curving earlier, still hitting the pocket solidly for that sweet-sounding strike. This is done to promote high scores, keep customers happy and coming back to their bowling center.

When oiling for professional events, the oil is used to create a significant challenge. A thick volume of oil is laid out very evenly across the whole lane, so mistakes made don’t funnel back to the pocket like on a house condition. Mistakes made to the left will rarely strike and often result in an ugly split, while a poorly rolled ball or a flat miss to the right may even miss the headpin entirely.

Studies showed that most amateurs experience a [highlight]20-30 pin drop in average[/highlight] from bowling on their normal league condition, meaning a 210-220 average “house bowler” would probably struggle to break 190 simply due to the challenging oil pattern on the lane. In perspective, professionals usually have to average 225-235 for the duration of a tournament.

Conclusion: Bowling is a Sport.

What do you think? Do you agree?

Let us know below in the comments.

If you agree that bowling is a sport, share this article with your friends and let them know what bowling truly is.

1 thought on “Is Bowling A Sport? What do You Think?”