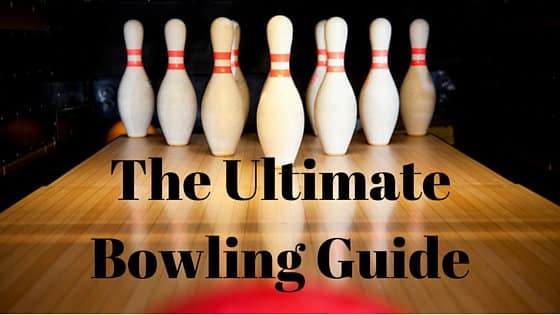 Whether you’re just new to bowling, looking to change or improve your game, or maybe bowl once or twice a year, this bowling guide the right place to start.

Here you’ll be getting everything you need to know to get started. Rules, Scoring, etiquette, and more general information to start with a strong base of knowledge.

When you look at professional bowlers, you might realize that each one of them has a different style. But if you look closely, all of them will have the same basics, which are the fundamentals.
After you master the first steps or ABC’s in bowling, then you will be able to move on to the next steps. And of course, just like any other sport, there are a lot of bowling tips and tricks to help you in getting better results.

Bowling is a sport played throughout the whole world, by hundreds of thousands of players competing in leagues and tournaments each year. So to be able to be a better bowler and perhaps start competing as well, it’s important to be aware of the basic rules of bowling.

1. Bowling Lanes:
A regulation bowling lane is 60 feet long (from the foul line to the headpin (pin #1) and 42 inches wide without the gutters (60 inches including gutters).

2. Bowling Pins:
Regulation bowling pins are made from hard maple and should weigh between 3 pounds 6 ounces and 3 pounds 10 ounces.
The pins should be fifteen inches high, 2 1/4 inches in diameter at the base and fifteen inches in circumference at the widest point.

3. Bowling Balls:
The bowling balls should weigh between ten and sixteen pounds and not be larger than 27 inches in circumference

4. Bowling Shoes:
Wearing proper footwear is a very basic bowling rule as normal sneakers could result in damaging the lane.

5. Frames:
The complete bowling game is made up of ten frames; A player delivers two balls in each of the first nine frames unless a strike is scored.

The highest possible score in bowling is 300, which occurs when a player bowls twelve strikes in a row.

**More about Scoring below**

7. Final Frame:
If the player bowls a strike in the last frame, he gets two additional rolls; for a spare, he only gets one.

9. Illegal Pinfall:
Sometimes, not all pins knocked down count.
This happens when any of the following occur, the delivery counts but the resulting pinfall does not:

Check out the USBC bowling rules for the full list.

How does bowling scoring work:

Even with the automated scoring systems available today, it is better to know the fundamentals and how does bowling scoring work.

There are several symbols and letters used in keeping score.

Somehow, it’s adding the number of pins knocked down in each frame and adding an extra for strikes and spares.

In the example shown, the bowler gets a strike (X) in the first frame, and in the second frame, he got a seven on the first roll and continued with a spare (/) in the second.

This adds 10 to this score in the first frame indicated by the 20 shown.
The first roll of the third frame, the bowler got a 9, resulting in the 39 shown and then misses the remaining pin shown with a (-).

Knowing your average is essential to know you level or ranking in leagues and tournaments. The USBC doesn’t officially recognize an average until you’ve bowled 12 games, but you can calculate your average based on any number of games.

Here’s how to do it:
1. Bowl.
You need some scores to be able to calculate your average.

4. Round Down.
Bowling Scores are usually rounded down.
In this case, your average will be 165.

The purpose of the handicap is to make the leagues more fair and competitive.

Your handicap is usually calculated by the league organizers but why now know how it’s calculated.

4. Multiply By The Percentage.
Take 90% (or whatever percentage your league uses) of the difference between your average and the basis score.
45 x 0.9 = 40.5
Your Handicap is 40.

A split is recorded when two or more pins are left standing with one or more fallen pins in between.

There are 459 possible split combinations in ten-pin bowling. Some of the most notable include:

The hardest shot is considered to be the 7-10 split.

Nowadays, there are even mobile applications that you can easily download to keep track of your scoring and your progress such as:

If you don’t want to install any applications on your mobile, there is this great web-based bowling score calculator.

Probably if you go bowling outside of tournaments and leagues, then there is a chance that you have been both a witness and a victim of poor bowling etiquette. To be fair, many beginners and casual players just don’t know what is acceptable and what is not.

Now, to fully understand all that goes around in bowling, learning the basic terms could help a lot.

Now that you have gone through the whole guide, why don’t you challenge yourself with this Bowling Quiz?

Let us know what you have learned reading this article? Share with us in the comments below.